← more from
Rad Fyah
Get fresh music recommendations delivered to your inbox every Friday. 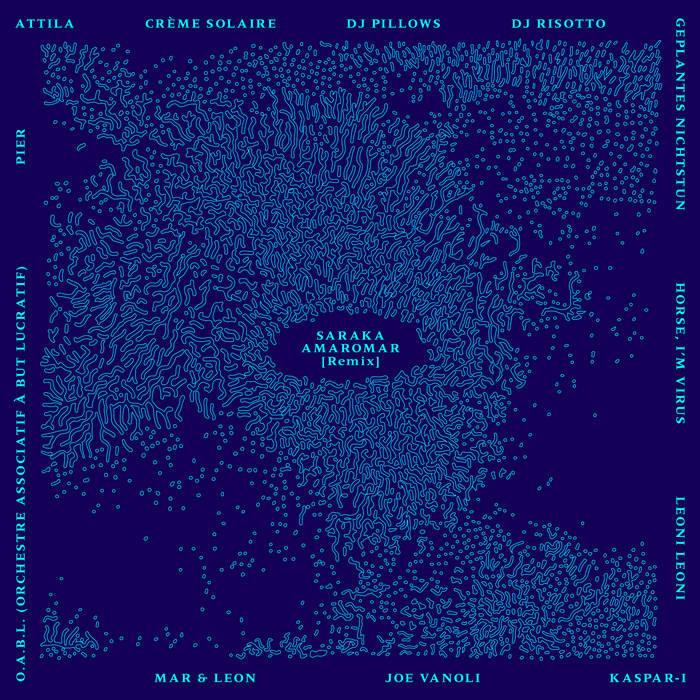 The title of this remix „The white man and the sea“ is referring to our romanticised image of the sea and of the cultures who are surrounded by it.

We’re not at all surrounded by the sea. We’re comfortably settled in the land of golden cheese. Switzerland is one of the richest, most privileged countries on this planet.
(What’s roots? What’s my roots? We might talk about this some other day.)

Let’s now talk about cultural appropriation.
Among others, the band Saraka is influenced by their favourite music from West Africa (eg. from Guinea-Bissau, colonised as Portugese Guinea until 1974).
What I added to the song is, like many of my sounds, referring to some elements of Javanese Gamelan music and traditional Japanese music.

According to the report on racial discrimination in Switzerland by the Swiss interior department, every third person surveyed experienced discrimination based on their language, skin color and nationality between 2013 and 2018. The people whose culture we use for our music are discriminated especially when it comes to finding a job or a flat.
So much for the state of racism in Switzerland today. I don’t even try to list the cruelties that have been done to black people and culture in history.
And if we talk racism, we must talk intersectional, think about it.

It’s difficult. But „It’s difficult“ shall not be the last sentence of this text.
I try to handle this with care.
I grew up in a racist system, this country's wealth is based on exploitation. We must be aware that we are serving ourselves with the heritage of some ever-opressed cultures. And in my opinion it is the artists responsibility to be aware of and promote awareness about racism and cultural appropriation.

Bandcamp Daily  your guide to the world of Bandcamp